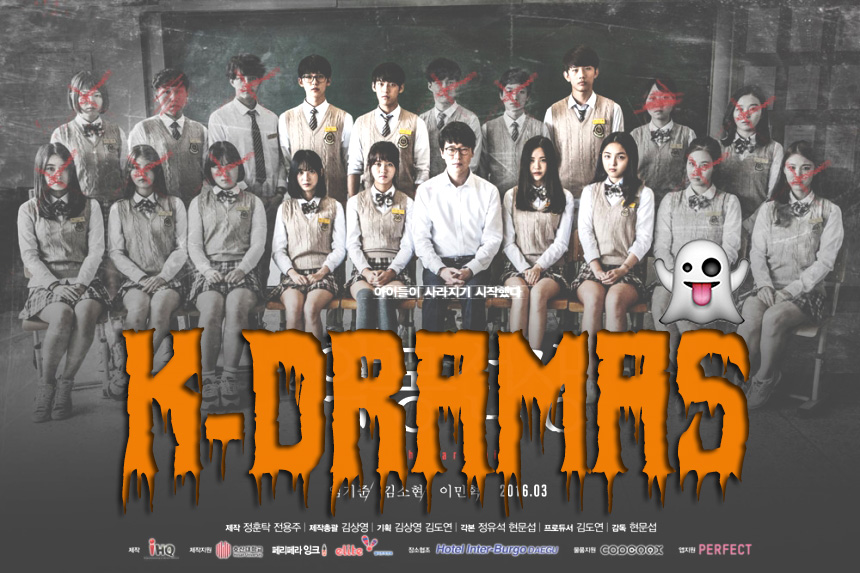 Hi everyone! How are you?

Starting from today, we’ll have a Halloween special series here on MLD!

And the first post is about K-dramas with a horror, thriller or supernatural content. So if you like to do drama marathons, there’s still time to watch one of these until the 31th! <3 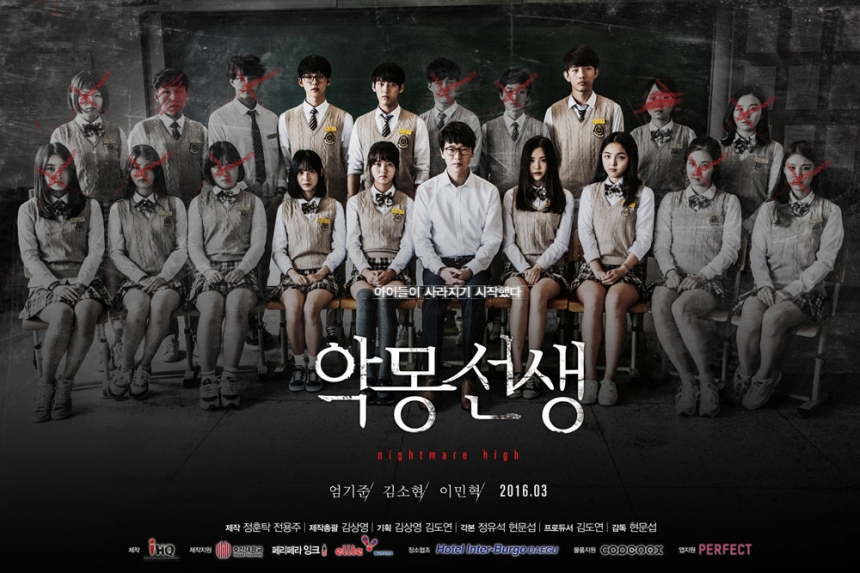 This is a mini K-drama and na original of Viki, with only 12 episodes.

Synopsis: the teacher Han Bong Goo (Uhm Ki Joon) invites his students to counseling sessions. But actually he’s not offering them advices, but contracts that will made their wishes to come true. Not everything goes right, and the only people who notices the weird atmosphere at class are Kang Ye Rim (Kim So Hyun), the class president, and her best friend Seo Sang Woo (Lee Minhyuk).

Opinion: I watched this drama last week and I really liked it. It’s not that scary, but you got really curious to see what will happen to the students. The stories changes every two episodes, and the thriller only gets bigger. If you have time, you can finish “Nightmare Teacher” in one day! 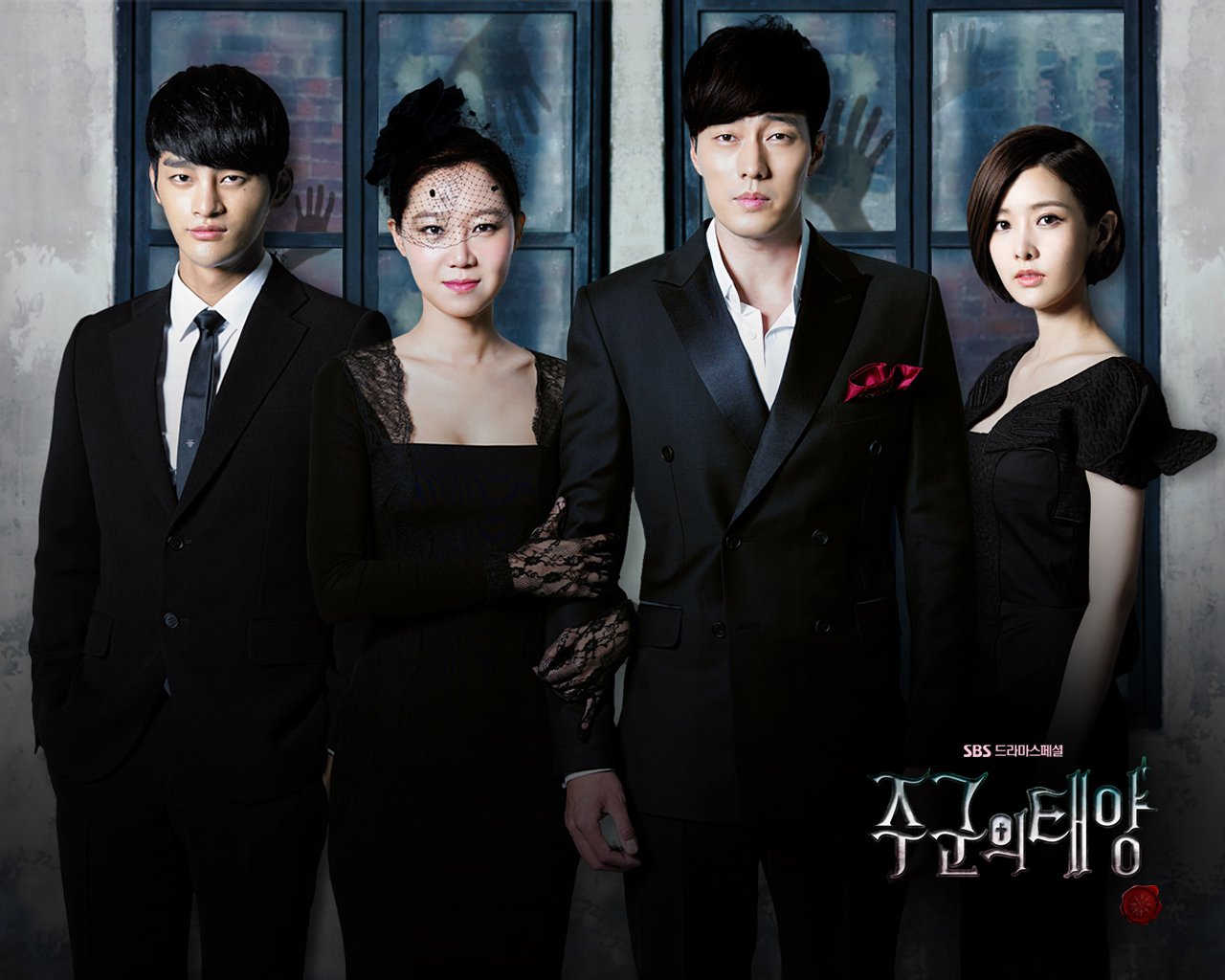 Synopsis: Tae Gong Sil (Gong Hyo Jin) lives in fear because she has the hability to see ghosts, and that’s the reason why she can’t succed in any area of her life. However, when she meets the ambitious CEO Joo Joong Won (So Ji Sub), Gong Sil realizes that when she’s near him all the ghosts disappear. They both got involved in a kind of contract: Gong Sil must find an billion won worth information that Joong Won needs.

Opinion: I’m currently watching this one and I’m loving it! I really like Hyo Jin’s acting, and the plot got me curious since the 2st episode. The story goes back on important flashbacks about Joong Won’s past, so we start to find out more about his harsh personality.

Seriously, why do male leads can’t be beautiful, rich AND nice? Is it that hard?! /cries

And this drama is also with Seo In Guk and Myungsoo [Infinite’s L]! 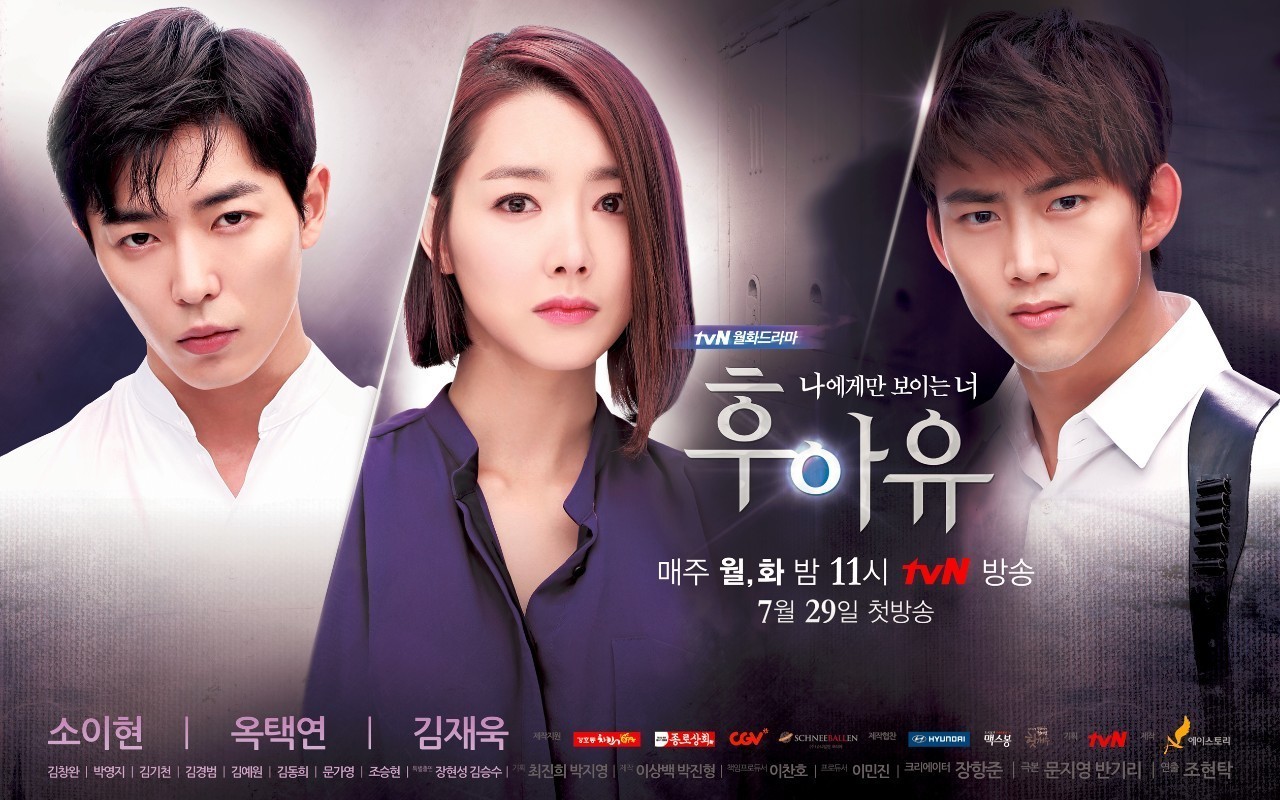 Synopsis: Detective Yang Si Ohn (So Yi Hyun) awakens from a six-year coma and discovers she now has the eerie ability to see and interact with spirits. She’s paired with Cha Gun Woo (Ok Taecyeon), a cop who believes only in cold facts and solid evidence. As the two begrudgingly work with one another, they develop a knack for solving cases involving supernaturally charged objects in the lost and found center — and eventually develop a lot of romantic tension. Just when things start to make sense, a paranormal love triangle emerges when Si Ohn’s dead boyfriend, former elite officer Lee Hyung Joon (Kim Jae Wook), appears as a spirit. 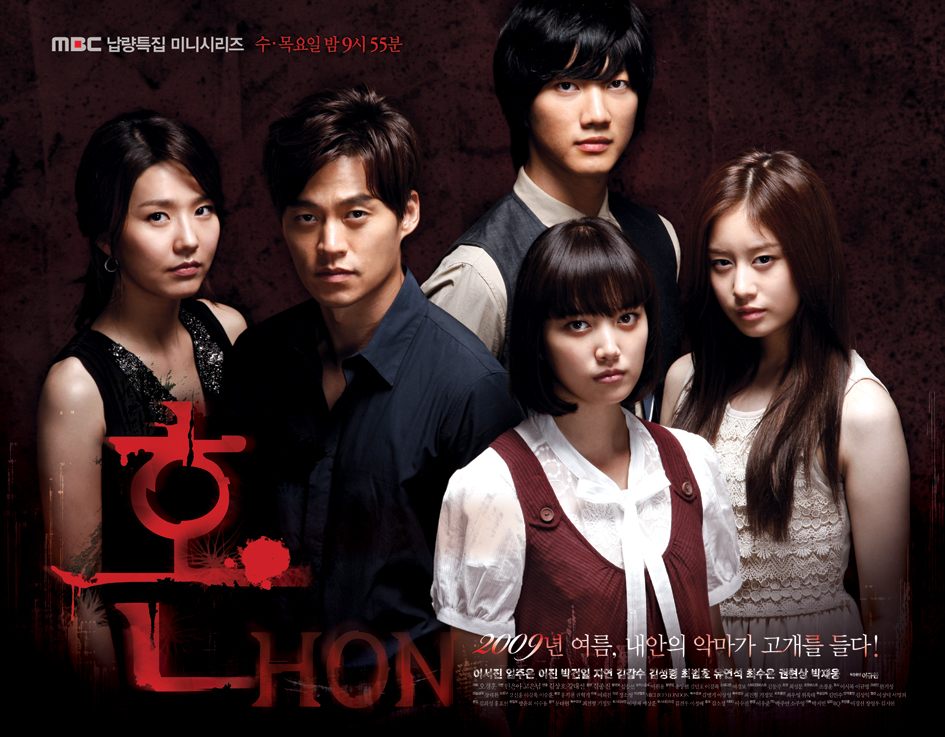 Synopsis: Yoon Ha Na is a seemingly ordinary high school student until strange changes begin to take place, leading up to the death of her twin sister. After struggling against uncontrollable urges within her, Ha Na realizes that her sister’s spirit has inhabited her body and joined with hers, giving her superhuman abilities.

Meanwhile, a mysterious serial killer has begun stalking young girls in the area. When successful criminal psychologist Shin Ryu is called in to investigate the murders, he discovers Ha Na’s abilities and begins using her as a catalyst for his own kind of justice. Further mysteries rapidly arise, leaving many questions to be answered in this unique and riveting drama. Part murder mystery, part paranormal tale, and part old-fashioned thrills-and-chills, Soul stars megastar Lee Seo Jin and newcomer Im Joo Eun. 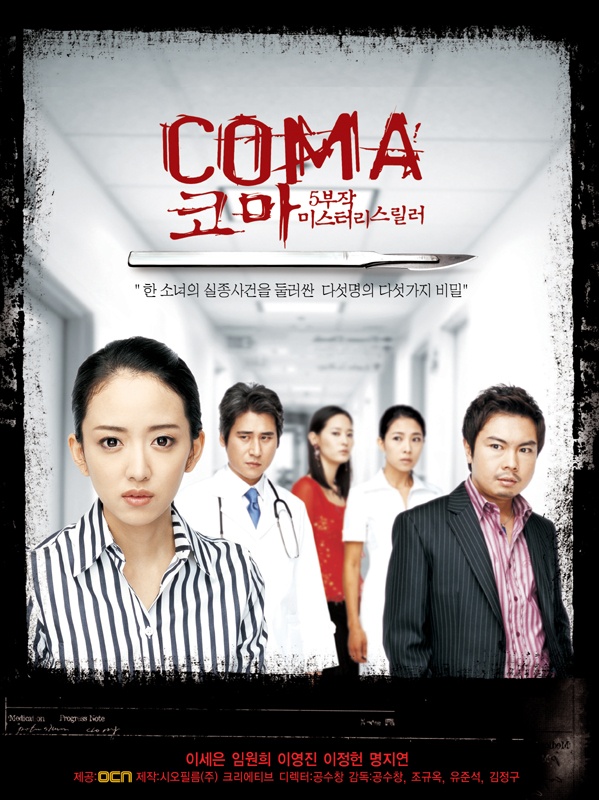 Synopsis: Behind the doors of Namwon Hospital lies a chilling secret, one that the hospital’s inhabitants have kept buried for the last 10 years, and all centered around one coma patient, Lee So Hee. With the hospital’s reputation steadily declining from countless medical accidents over the years, it is forced to shut down. However, as the hospital closes its doors, another opens, and secrets that have long been hidden come out with a vengeance. 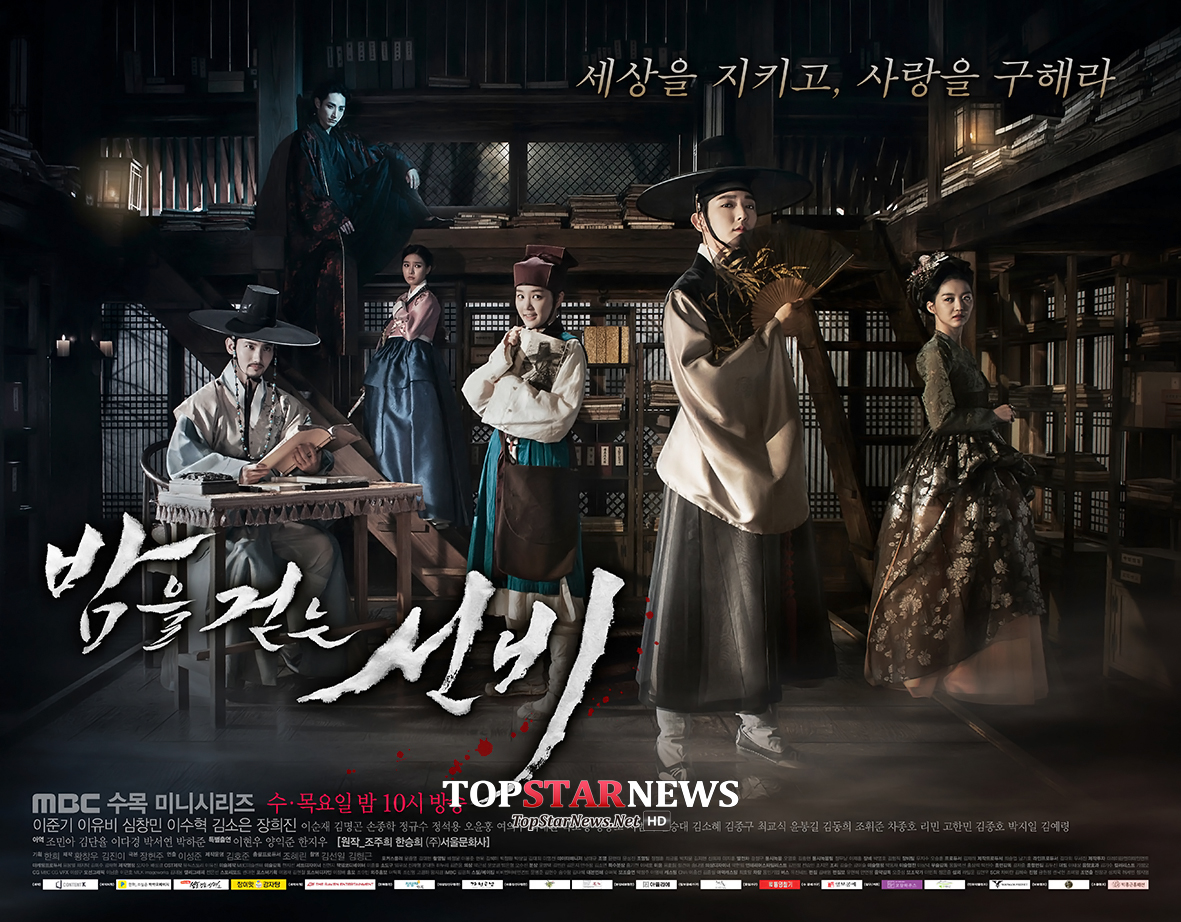 The Scholar Who Walks the Night

Synopsis: An evil vampire has ruled over the kings of an imperial dynasty for centuries. Only those who are willing to obey Vampire Gwi (Lee Soo Hyuk) have ever been allowed to rise to the throne. When Crown Prince Jung Hyun (Lee Hyun Woo) refuses to bow to the vampire to inherit the throne, Gwi kills him, but not before the prince writes a secret plan to overthrow the vampire under the pseudonym “Lustful Student.”

The prince’s friend, a handsome scholar named Kim Sung Yeol (Lee Joon Gi), accidentally acquires vampire powers and becomes the only person who can defeat Gwi. About 120 years later during the Chosun Dynasty, Sung Yeol solicits the help of Jo Yang Sun (Lee Yoo Bi), a female bookseller who passes herself off as a man in order to support her struggling family, to locate the secret document authored by the late Crown Prince Jung Hyun.

I know that there’s other horror and thriller K-dramas but I decided to do a smaller list. Did you watch any of these? Or do you have any other recommendation for me? I’d like to know! 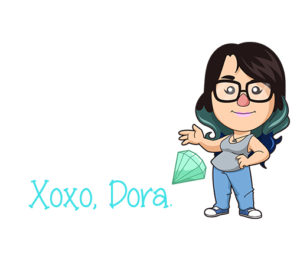